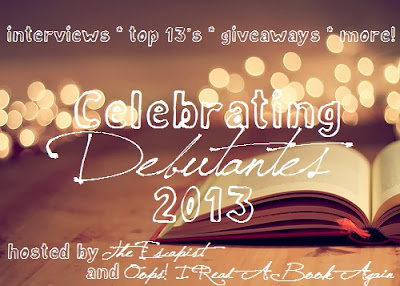 Shana Mlawski, author of Hammer of Witches, has a cute story to tell about a fan who loved her book! Check it out along with other interview questions. 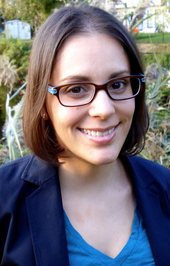 Traditionally, thirteen is a lucky number for us Jews, so I'm cool with it. I'm also a TV addict, and most TV seasons have thirteen episodes nowadays, so in my head the number is associated with mind-blowing season finales. (Breaking Bad, anyone?)

2. What's the best thing that happened after your book was published?

The best thing about getting a book published is that you get to meet tons of wonderful people: fans, other authors, publishing world buddies. The most fun I had was at ConnectiCon in August, when I got to spend a weekend hanging out with my publishers, a gajillion cosplayers, and fellow Tu Books authors Joseph Bruchac and Bryce Moore. Speaking of which: everyone read KILLER OF ENEMIES and VODNIK. Apache steampunk! Slovakian death gods! Fun for the whole family!

3. How did you celebrate the publishing of your book?

There may have been alcohol. Please drink responsibly. This has been a message from the Shana <3s font="" nbsp="">Champagne Council.

4. Do you read reviews of your book?

I try not to, but people send me good ones every once in a while. And I can't deny that it felt pretty good getting early raves from authors like Diana Peterfreund and Lesley Livingston. Incidentally, readers, if you love a book or an author and want to support them, write a review! You can stick it on Goodreads, Amazon, wherever. We all really appreciate it.

5. What is your best or most unforgettable moment with a fan?

There was this thirteen-year-old girl loved HAMMER OF WITCHES so much that she stayed up all night reading it. It was very sweet. Then she read it again, and a third time, and a fourth time – and this was over a period of two weeks. I was like, “Slow down, girl! Even I haven't read it that many times!”

6. Was there any book/s from other debut author of 2013 that you loved?

ANCILLARY JUSTICE by Ann Leckie is very neat. It's about a young woman who used to be a spaceship, which is one of those super-cool ideas that becomes horrifying the second you start thinking about it. (Where did the spaceship AI would get a human body to live in?) If you're interested in worldbuilding, read this book.

When it comes to writing, I'm polyamorous. In the past I wrote short stories, plays, screenplays, and recently I've been futzing around with poetry. But speculative fiction will always be my first and deepest love.

Nothing's immediately jumping to mind, but wait a minute. I'm sure I can manage to embarrass myself somehow.

Favorite song? Impossible question. My favorite songs of this month are “Reflektor” by Arcade Fire and “Falling” by Haim.

Ultimate celebrity crush (dead or alive)? I'm a nerd, so by default it must be David Tennant. Although, at the moment this nerd is obsessed with Fringe and wouldn't say no to some Joshua Jackson action.

Shana Mlawski lives in New York and has previously lived in Connecticut and Puerto Rico. You may have read one of her many articles or seen one of her popular infographics on the pop culture website OverthinkingIt.com. In her other life she writes educational materials and teaches teenagers to read and write. HAMMER OF WITCHES is her first novel. 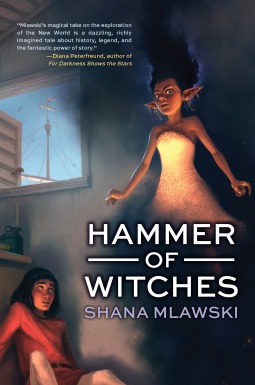 Hammer of Witches
by Shana Mlawski

Blurb (Goodreads):
Baltasar Infante, a bookmaker’s apprentice living in 1492 Spain, can weasel out of any problem with a good story. But when he awakes one night to find a monster straight out of the stories peering at him through his window, he’s in trouble that even he can’t talk his way out of.

Soon Baltasar is captured by a mysterious arm of the Spanish Inquisition, the Malleus Maleficarum, that demands he reveal the whereabouts of Amir al-Katib, a legendary Moorish sorcerer who can bring myths and the creatures within them to life. Baltasar doesn’t know where the man is—or that he himself has the power to summon genies and golems.

Baltasar must escape, find al-Katib, and defeat a dreadful power that may destroy the world. As Baltasar’s journey takes him into uncharted lands on Columbus’s voyage westward, he learns that stories are more powerful than he once believed them to be—and much more dangerous.

Head over to Oops! I Read A Book Again now for author J.J Howard!

Yesterday: Claire M. Caterer (The Key and the Flame) and Louise D. Gornall (In Stone)
Tomorrow: Lauren Roedy Vaughn (OCD, the Dude, and Me) and Victoria Scott (The Collector)
Check out the full schedule here.


Calling YA/NA/MG debut authors of 2014! Want to join us on this fun event? Fill out this form! Don't forget to spread the word with your debuting friends!

Posted by Michelle Sedeño at 12:00 AM