Welcome to the day 4 of Mercy's Magic blog tour! I have author P.J Day on the blog for an interview + get a chance to win a copy and Kindle Paperwhite or a gift card! 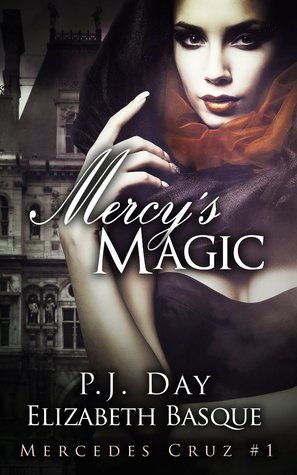 Mercedes Cruz is a Bruja--or Witch, in Spanish. Just like many first generation sons and daughters of immigrant parents, Mercy has embraced America, its culture, and its customs in their entirety. But Brujeria or Mexican Witchcraft is deeply tied with Mercy's heritage and her family's past, and because she's neglected such a large chunk of her identity, Mercy now stands a stunted witch in her 30's.

Mercy, also a single mother of five year old Terra, who may also share her attributes, has decided to start her own private investigation firm in the heart of Orange County, California. She's decided to use her budding talents to recruit business, solve challenging cases, and help those in the community who lack a voice and who may be too afraid to report crimes due to their legal status --leaving criminals to freely exploit those who choose to live in the shadows.

How was it writing a novel with a partner?

At first, I'll be honest it felt rather awkward because I didn't know the Elizabeth's tendencies too well and I hadn't absorbed her style. Her background is hard-boiled mysteries with sparse prose, I'm a little more heavy handed in my prose (by no means purple) and had just come off finishing an epic, paranormal fantasy. It took a couple of weeks of huffs, sighs, and bruised egos on both sides before we started to fly through the editing and co-writing process. By the end of the project we knew what our expectations and strengths were. Elizabeth is by far the best writer I've encountered when it comes to pacing. She is an absolute pro.


There are plenty to draw from, in all honesty. But I absolutely adore the scene where we're introduced to Aunt Itzel, and her first interaction with Mercy. Aunt Itzel reminds me of my old-school aunt who was always on my butt telling me to get my act together and to make something of myself. It's a bizarre mixture of pressing urgency, peer pressure, and love. I thought Elizabeth captured the moments between the overbearing, but concerned aunt and the waffling, but talented niece.


What do you think your readers will love on Mercy's Magic?


I think they'll love the fact that she absolutely adores her daughter and that she is always on her mind whenever she encounters a powerful foe, or developing any semblance of a love life. Terra is constantly on Mercy's mind, not just because she's her one and only child, but there is a deeper connection there that Mercy and readers of the introduction haven't been fully exposed to yet. I also think many readers will appreciate the fact that although Mercy's decision-making could be seen as disastrous at times, sometimes the outcome is surprisingly fruitful or pleasant. Being a witch doesn't always guarantee ultimate and omnipotent power over mere mortals and their world. The same insecurities and challenges we face as human beings also affect Mercy. Just because she's technically more powerful than we are, she still has to face herself in the mirror every morning and wonder what could've been, or how to make things better.


Do you have plans about writing different genre/s?


Yes. I'm writing an adventure series starting next year, based on Mozart's Operas. It's a quirky adventure series featuring a couple of selfish, conniving blokes with personality issues, but both are humorous and in the end, full of heart. I'm also releasing a zombie outbreak novella in a week or two stemming from a bad batch of meth out the San Joaquin Valley in Central California. I also have a straight up fantasy series I'm developing that I hope I'll get at the end of 2014. I want to try every genre before my fingers fall off. Yes, it's crazy, but I don't care. I have too many ideas bouncing in my head and I need to put them down somewhere.


If you were given a chance to team with another author, who will it be?


Nicholas Sparks. Reason? The older the grow as a man, the more it becomes difficult to go there. Whenever I feel like diving head first into the heart (romance, not necessarily pain, loss, or other forms of sentimentality, we're talking straight up, I love you, dammit!)  the more insincere and dishonest I feel I come across. How does one tap into that 16 year old boy's heart where love and love songs actually meant something? It's just so hardened, jaded, and brooding for me now. I still love, but it's different, it's just not I'll sweep you off your feet love. I want to be a broom!


What's your most memorable encounter with a fan?


I was in Pusan, South Korea and slept with an electric fan once. Didn't die. Thought I'd be treated like a rockstar. I suddenly realized I overestimated the urban legend of fan death.


Let's see, I've never been recognized in a supermarket or anything, and all the conventions and book signings I've gone to have been pretty mild and gracious. I'd say I've received a couple of lascivious emails, both from men, both from the South, and both looked like cast members from Duck Dynasty. I was flattered, surprised, and wish I was making this up, but I'm not. I guess you can count that as memorable. I thanked them for purchasing my book though, it's great having readers from all walks of life!


There's no secret tip. Just write. Sit down. Set aside that time, and use it wisely. And above all else, take all criticism with grace and a pinch of salt. I'm not saying dismiss it, most likely the criticism is right, it's just that the proposed solution might not be the correct one, unless its coming from a publisher or editor, or another experienced writer.

About the Author:
P.J. Day is the author of the King's Blood series, and the Sunset Prophecy. He lives with the two of the most extroverted daughters on planet earth, along with a feral house cat that has been mistaken for a mountain lion, and a wonderful wife who understands her husband's need to put his ramblings in print. Southern California serves as the backdrop for his inspiration and indignation.

Posted by Michelle Sedeño at 3:00 PM 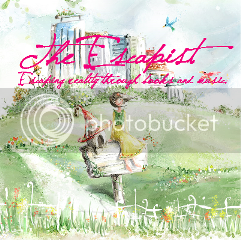